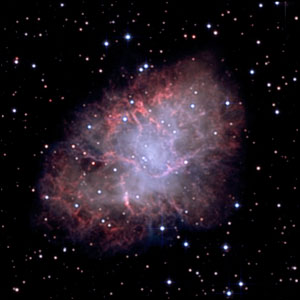 is a supernova remnant—the remains of a star that collapsed in on itself and then exploded outward. The core of the original star is now a pulsar—a spinning neutron star, and is still visible. Find the pair of stars next to each other near the image’s center, and the pulsar is the smaller of the two. The supernova occurred in the year 1054 A.D. and is located approximately 6,500 light years away in the constellation Taurus. 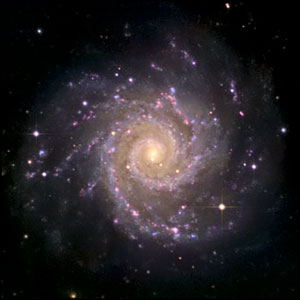 is a face-on spiral galaxy in the constellation Pisces. It is estimated that M74 is home to about 100 billion stars. Its low surface brightness makes it a challenging object for direct observing, but a favorite photographic subject. 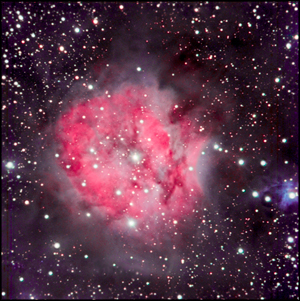 is an emission and reflection nebula 3,300 light years distant in Cygnus, near the border with Lacerta. The bright portion of the nebula is about 15 light years in diameter, and contains a star cluster designated IC 5146. There is also a dark nebula associated with the Cocoon, some of which is apparent above the nebula and between the main part of the nebula and the blue reflection nebula on the right. This dark nebula (B168) extends for quite a long distance beyond the field of view to the right. 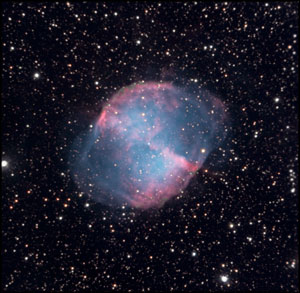 is located in the constellation Vulpecula. It is an emission nebula—an expanding glowing shell of ionized gas. Radiation from the central star, a white dwarf, is so hot (up to 25,000 degrees Kelvin) that it lights up the surrounding gas cloud.

Asteroid 2005 YU55
This Near Earth Object (NEO) was photographed during its close flyby on November 8, 2011. It is part of a group called the Apollo asteroids. 2005 YU55 is approximately 0.4 kilometers in diameter (the size of an aircraft carrier), orbits the Sun once every 14 years, and rotates (turns on its axis) every 18 hours. Its closest proximity to Earth on Nov. 8 was 201,700 miles at 3:28 PST. 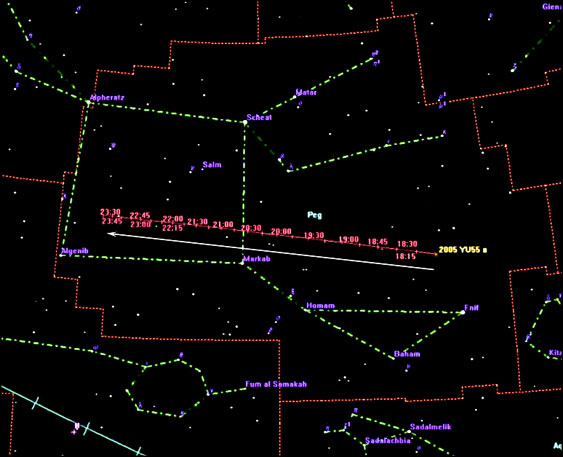 A group of RFO docents (Loren Cooper, Dickson Yeager, and Steve Chavin) used the observatory’s C14 telescope equipped with a CCD camera to photograph the asteroid during its fly-by as its trajectory carried it across the constellation Pegasus. Images were taken over a period of five hours from 6PM to 11PM PST, with some image sequences compiled into the short videos. Video links along with descriptions are available here. 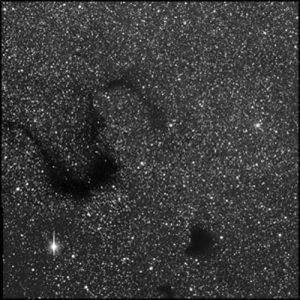 Relatively close to us, B72 is only 650 light-years away in the constellation Ophiuchus. It is a dark nebula that is part of the much larger Dark Horse Nebula (not to be confused with the Horsehead Nebula). E.E. Barnard was an American astronomer who catalogued dark nebulae—the Snake Nebula is listed as Barnard 72 or simply B72, and the two dark nebulae beneath the snake’s head are B69 and B70. The nebula is so large that this image consists of a mosaic of nine separate photos. 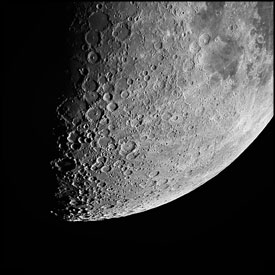 The field of view of RFO’s CCD is such that only a portion of the Moon can be imaged at a time. The images above are examples of this, while the “Full Moon” photo at right was stitched together from 12 separate images. Our Moon is 1/4 the diameter of the Earth, and lies at an approximate distance of 240,000 miles from us.

It is in synchronous rotation with Earth, always showing the same face; the near side is marked with dark volcanic “maria” (Latin for “seas”) among the bright ancient crustal highlands and prominent impact craters. 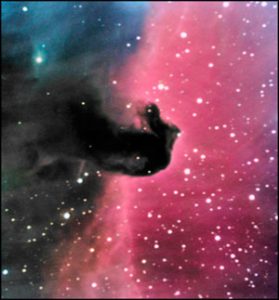 IC434 is an emission nebula lying 1,500 light years distant in the constellation Orion and is part of the much larger Orion Molecular Cloud. Its most recognizable feature is the dark Horsehead Nebula (also known as Barnard 33).

The reddish-pink colors result from hydrogen gas being ionized from a nearby bright star, Sigma Orionis, while the blue color signifies a reflection nebula (gas reflecting starlight from hot young stars rather than emitting light through ionization). M8 is a giant interstellar cloud in the constellation Sagittarius. It is classified as an H II region—a large cloud of ionized hydrogen gas in which star formation often occurs. This closeup shows a small interior portion of the nebula, which in total spans 110 by 50 light years. Located in the “steam” from the spout of the “teapot” asterism in Sagittarius. Its name means “divided into three lobes.” Another H II region, this nebula has a dense cloud of dust and gas, which is a stellar nursery full of embryonic stars. The bright foreground stars are much closer to us than the nebula—think 3D! 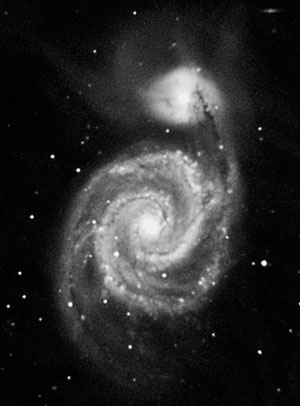 Galaxies are huge conglomerations of stars, gas, and dust. M51 (the larger galaxy at bottom) and NGC5195 are probably in the process of merging, and astronomers believe these two galaxies have already passed by or through one another several times.

Although they appear to be in direct contact, NGC5195 is slightly farther from us than M51. These galaxies are located in the constellation Canes Venatici and were thought to be about 31 million light-years away, but when a supernova exploded in M51 in 2005, the distance was more precisely calculated at approximately 23 million light-years.

In the upper right hand corner, a third and very distant edge-on galaxy (it looks like a horizontal blur) is visible. That galaxy, IC4277, is at least several hundred million light-years distant. 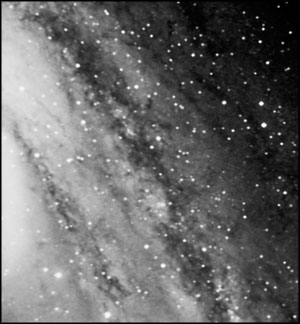 M31, better known as Andromeda Galaxy, is the closest large galaxy near the Milky Way at only 2.7 million light-years…and it’s getting closer every moment, approaching us (or we’re approaching it) at 100-140 kilometers per second. Even so, it won’t “collide” with the Milky Way for approximately 4.5 billion years, and that time frame is uncertain because M31’s tangential velocity is somewhat uncertain. This image shows only one small portion of the galaxy. Quasars (quasi-stellar radio sources) are very distant galaxies with extremely energetic and active galactic nuclei, and are the most luminous objects known in the Universe. The source of the energy comes from material being pulled, stretched, and torn apart by a huge black hole at the center of the galaxy.

Quasar 3C-273 is the brightest quasar known, and lies somewhere between two and three billion light-years away in the constellation Virgo. In this image, it looks like an ordinary star because of its great distance but is in fact the active nucleus of a very distant galaxy.